Over the past couple of months I have really tried to take a break when it comes to encephalitis. I wouldn’t say that I have shut the door on that part of my life completely, but I have certainly opened new ones which has meant that encephalitis has taken a bit of a back seat.
This hasn’t necessarily been a conscious decision. Yes, at times I have been fed up of being known as “that ill girl” or “the girl with some brain problem”, but if truth be told, I tried to use that as a positive; sharing my story, helping others, and growing as a person because of it. But whatever the reason why, I have tried to distance myself from the world of brain injury.
I suppose what’s really struck me today is how the Encephalitis Society’s #showyouknow campaign has left me feeling.
Sat at my computer, looking through the entries, I was expecting (now that I’ve taken a step back) to view them from an outsiders perspective. I thought that chapter had ended. I truly believed I was past being “brain injured girl”.
But that was not how it made me feel.
There is something so powerful in seeing your own feeling expressed by another person on a platform that is available to the masses.
Watching those short films, looking through those photographs and digital art, it stirred up feelings I thought had been buried deep down.
One quote really hit home. I can’t remember it in its entirety (blame the brain injury) but it went something along the lines of:

“encephalitis takes so much away, even lives. But with what encephalitis hasn’t stolen, let’s build something beautiful…”

So I suppose that is what I need to take from this. I have always been prone to seeing the world in black and white. I am either fully engaged in something or completely uninterested. I have a tendency to see people as either good or bad, and can sometimes have a sense of things being right or wrong, with nothing in between.

But what I need to do is realise there are so many other shades of grey; but not just grey, all the colours.

Encephalitis is the worst and yet the best thing that ever happened to me. Whatever else life has to throw at me, I now know I can make it through. And today I think I truly realised what it means.
My life is not the blackness of encephalitis. My life is not the whiteness of being well. My life is a rainbow of opportunity that is open for me, where the black and white create something beautiful.

This is the entry my friend Jenny has in the ‘wild card’ category: 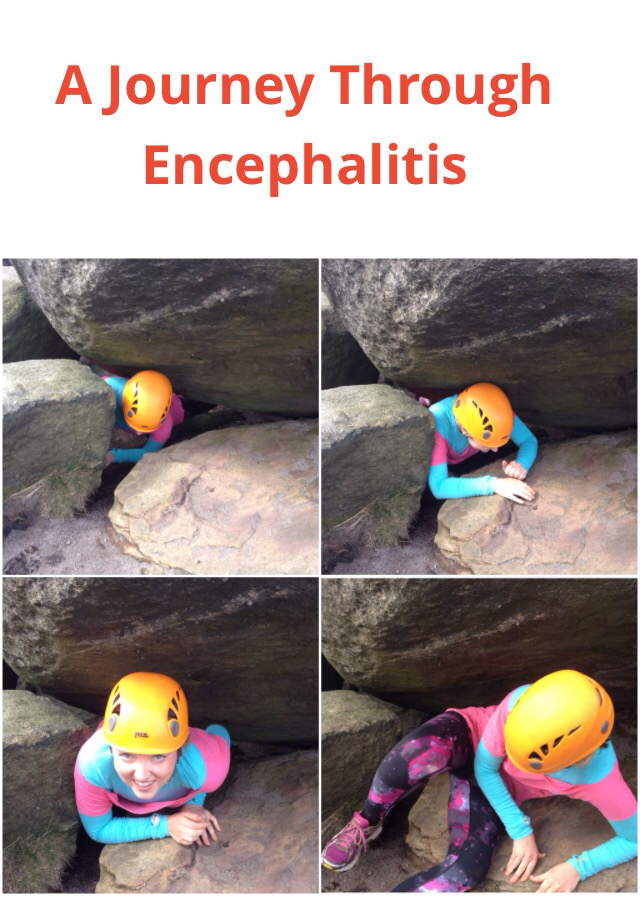 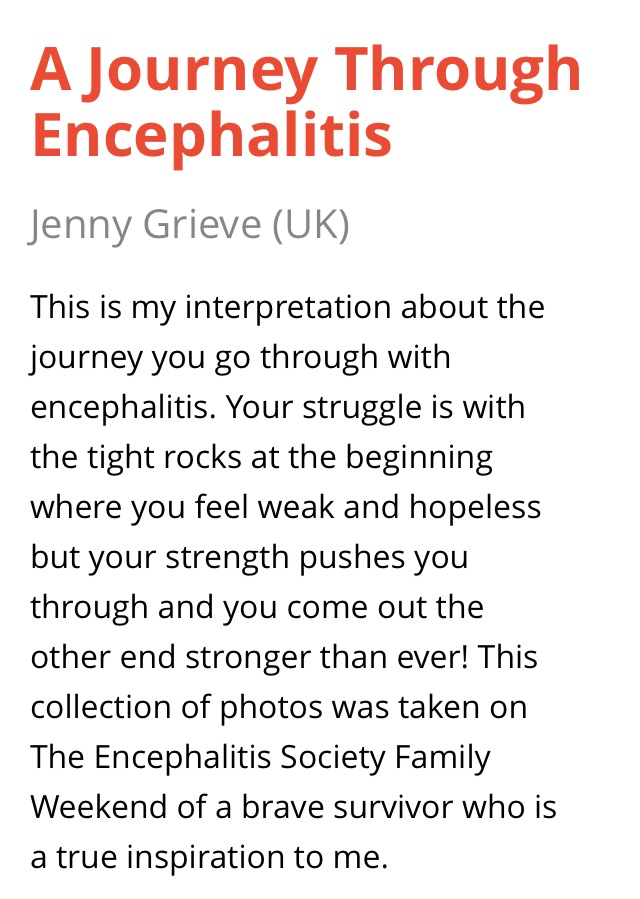 If you do have a moment, please take some time to look through some of the entries and spare a thought for what encephalitis can do.