Tomorrow is the Solstice.

As a child I believed that this was the sunniest day of the year.

In other words; the longest day of the year.

The midpoint of summer.

It is the time of year that everyone starts to feel British.

For most of you, milling around in the British sunshine, which often leads to many a pink face walking the aisles of Tesco, preparing your meat for your British BBQs and setting yourselves up for a spot of tennis (whether that be heading down to your local club or switching on the tellyvision for some very British Wimbledon), says ‘Hello, Summer is here’.

Donning the tennis whites and heading down to the local grass courts for a spot of tennis envisages the meaning of British summertime. Perhaps the best example of this is our own very British Wimbledon.

Wimbledon is oh so va-ry British. 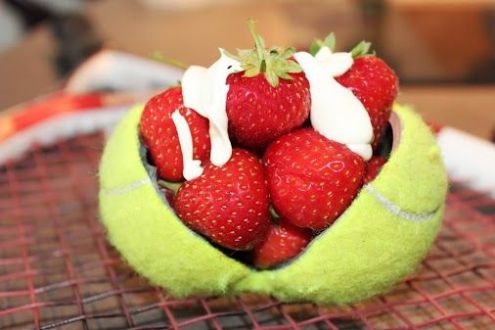 One of my most memorable days out was at Wimbledon. After losing so many memories, having this one embedded in my brain is quite an accomplishment. Not only was it watching the tennis whilst scoffing strawberries and sipping on Pimms; it was more the feeling of Britishness.

This sense of patriotism seems to have reach new levels this summer.

Seeing as Scotland, Wales and Northern Ireland didn’t make it through, it looks like we will all be rooting for England this summer. Even after the disappointing defeats I am sure that everyone will still be getting behind our team. Whether you are a football fanatic; or more of a take it as it comes, not that fussed kind of supporter; the World Cup spirit is everywhere you look. 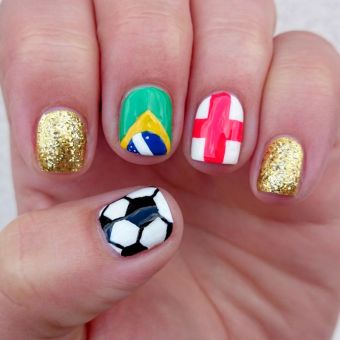 Red and White faces (from too much sun and shouting at the telly).

My footballing knowledge leaves much to be desired.

From a young age I would kick a ball around each night with my siblings and father when he came home from work (using the gate as one goal and the garage door as the other), later on I had to learn the offside rules after years of dating a not really a footballer, footballer having to trek down to the depths of Cornwall each Saturday, and even more recently I have developed some sort of ‘fight or flight’ mechanism when I hear the MOTD theme tune (don’t even get me started on the F1 one…).

But personally, I have no time for watching men run around a pitch, falling over and spitting. I do, however, have some time for the bond it creates between people.

How it brings people together. Makes them feel British.

Going back to the Solstice then.

In my life today it brings a completely different meaning.

Even being a Britophile can’t help me on this date.

June 20th. The day before the longest day of the year.

A rather unfortunate date.

Perhaps my version of Friday 13th.

On June 20th 2011 I first went into hospital with Encephalitis where I spent the next 6 months.
On June 20th 2012 I was trying to rebuild my life, s-l-o-w-l-y.
On June 20th 2013 I relapsed, after having a seizure and spent another bout in hospital, having to start back on the steroids.
On June 20th 2014 I am writing this post after finding out that just two weeks after having my plasma exchange (where they took out ALL of my own plasma and replaced it with other people’s plasma) my NMDA levels were positive again.

All in all, it seems like a very long time since my Wimbledon days.

This year, I am going to take this British Summer by the horns.

I’m not going to be flying out to Pamplona in Spain for The Encierro (The Running of the Bulls).

No, I am going to be much more British than that.

I am going to bathe in the sunshine, endeavouring to try to tan even when the clouds mull over; take strolls in the countryside, walking among the wildlife; and have a splash in the sea, whatever the temperature, wetsuit entailed.

Starting tomorrow, on the longest day of the year. Tomorrow I am going to be meeting up with some fellow Encephalitis sufferers for a picnic in the sunshine. Not exactly what I would have envisaged my life to become, but a step in the right direction for sure.

I will also be sure to try out this recipe:

As what could be more British Summery than an Eton Mess and Pimms combo!

Oh, and maybe cheer on England in their World Cup venture. Maybe.