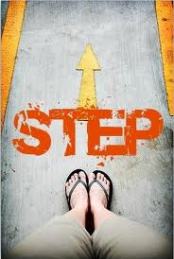 One Step Forward, Two Steps Back.

So it is a New Year. 2014. To say I have lacked motivation in the last couple of weeks is somewhat of an understatement.

It appears that living with a brain injury is not the easiest of feats to overcome.

One step in the right direction seems to be followed by two steps in the wrong direction.

I wanted to share with you what it is like to live life with a brain injury; and how to change this ‘one step forward, two steps back’ predicament. 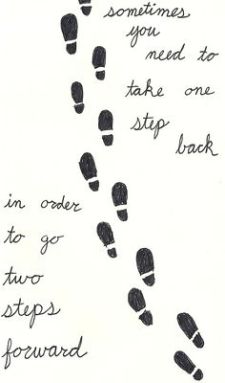 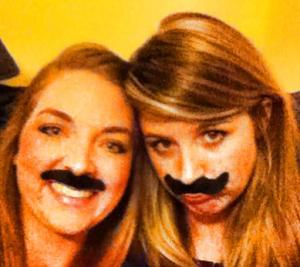 It was my beautiful Cousin Lizzie’s Birthday on January 2nd. She lives in Australia…far, far, far too far away. However, I was lucky enough to spend her Birthday with her and all her gorgeous Cornish friends, AND I was also able to see my other Cousin James and his wife along with Auntie Sue and Uncle Nelly!

NYR 13: Travel to a Continent beginning with the letter ‘A’: 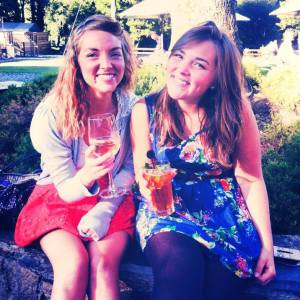 Looks like I may have missed out on this opportunity so far…my baby sister has beat me to it. She is off to Asia for 3 months and Central America for another 3 months…I suppose news of her travels will have to do for now!

Here is how I did it…

1. Poured boiling water into a bowl, popped in a Lush Dream Steam Toner Tab, out a towel over my head and let the vapours seep in… 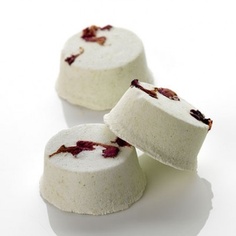 2. Got my Lush Catastrophe Cosmetic face mask out of the fridge and lathered it all over my face…the blueberries are perfect for sensitive steroid skin! 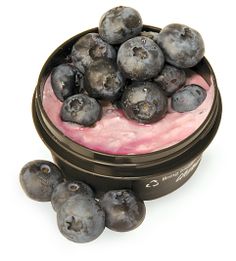 3. Filled up my bath, lit some candles and plopped in a Lush butterball. After working at Lush for over a year and trying almost all their products this will always be my favourite. The vanilla essence fills the whole room and is relaxing and comforting, whilst the cocoa butter encased in these little bath bombs get to work on dry skin, moisturising whilst you soak. For me it is heaven in a bath.

Why not pamper yourself with some Lushness… https://www.lush.co.uk 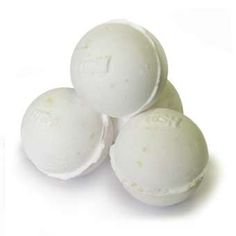 4. And then to finish I went to my cupboard and pulled out my Dermalogica Ultracalming collection.

5. Although not the ‘done thing’ to use one face mask after the other, I then decided to take my chances and use my Dermalogica relief mask…it was pamper day after all!

6. Afterwards I washed my face using the Dermalogica cleanser. It is beautiful and foamy yet makes your skin feel squeaky clean, although not too dry.

7. Then onto the mist which absorbs into your skin quickly and leaves it feeling hydrated and soft.

8. Finally, I finished with the Ultracalming serum and barrier repair. These work as a sort of primer and I find them far better than any other moisturiser I have found and leave your skin feeling as soft as a babies bottom. 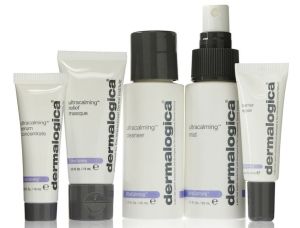 All this pampering was most definitely worth the money, time and effort.

Looks like February 12th will have to be ‘Hand Pamper Day’…

This really was a one step forward, two steps back predicament. 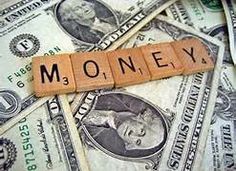 It appears that someone from above agrees with this…I found out this week that I will no longer be getting the income support I was receiving from the Government, and that I have to go along to a tribunal where I am almost certain they will tell me I am fit to get a job. But for the time being it looks like I will have to try to get as much enjoyment as possible out of free activities…I will have to look into this more…

NYR 9: Get in touch with old friends and make new friends:

After having a get together of the ‘four children families’ in December it has given me the get up and go to organise more get togethers with old friends. 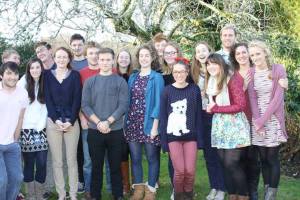 This year I am going to try to see EVERYONE!

I am currently on the train on my way to Loughborough where I will be joining my Team v family to find out about our new campaign and have a weekend of socialising with the other leaders. I have made it my own personal mission to find out 10 new names, and here is to hoping that at least one new friend…

That is all I have to say on the matter. But, perhaps this is one time when a few steps back may make it one huge leap forward…

So although the campaign is over, it is great to see what a huge impact a group of 113 young people has had on how people think about waste.

I am about to become involved in a ‘tetra-pack’ project where we will be trying to get my Village to recycle tetra-packs rather than throwing them away…this will be a huge step in the right direction.

So far I have managed to not buy any new clothes…and another project I am involved in with young people may come in handy when making a start on making some of my own clothes….

In another forward step, I am on my way to find out all about the next campaign for Team v (maybe this will lead to another resolution…)

Returning to music may take a little longer than I first imagined. Playing the cornet may have to wait. In order to get back into the ‘swing’ of things I will have to take a step back and think about what it is that I want to take from starting to make music again…

Perhaps this book would be a better place to start… 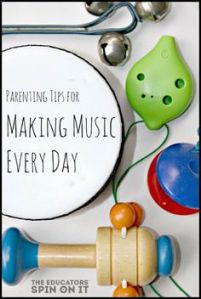 Now, this may actually happen!

Earlier this week I signed up to do the Plymouth Half Marathon on Sunday 27th April with my brother.

It wasn’t until I looked at the route that I realised just what a giant achievement it will be to complete it!

I didn’t realise just how easy it is to get out of the habit of running. 11 weeks with no running makes a VERY unfit Liz. However, I am hoping with this gentle jog forward I will be able to make a step towards a healthy 2014.

A step in the right direction has been to make myself a training programme and to make sure I stick to it…so far so good!

Each run I do I will post on Instagram in order to keep track my progress…like this: 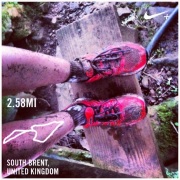 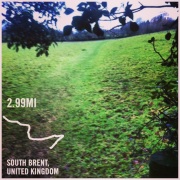 13.1 miles is looking like a HUGE step forward at the moment though!

So far this has been going well. I have had to change my medication around and am now taking enough ‘sleeping medication’ to put an entire Rugby Team to sleep (I know this because my 13 stone brother took 1/4 of 1/2 my meds and was out of it for an entire night, day and night), but at least I am sleeping, which means I can finally wake at an acceptable time!

This has certainly been a case of stepping backwards. I think compiling 365 new interesting facts may be a bit of a tall order.

As we are into our third week already though, looks like it will have to be 50…

Today when I was on my way to the train I looked out of the car window and what did I see. 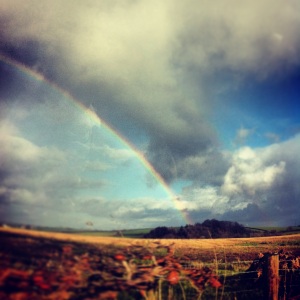 Therefore I came to the conclusion that I must find out.

So here it is: Interesting Fact Number One:

A rainbow is an optical and meteorological phenomenon that is caused by both reflection and refraction of light in water droplets in theEarth’s atmosphere, resulting in a spectrum of light appearing in the sky. It takes the form of a multicolouredarc. Rainbows caused bysunlight always appear in the section of sky directly opposite the sun.

All rainbows are full circles, however, the average observer only sees approximately the upper half of the arc, the illuminated droplets above the horizon from the observer’s line of sight.[1]

In a “primary rainbow”, the arc shows red on the outer part and violet on the inner side. This rainbow is caused by light being refracted(bent) when entering a droplet of water, then reflected inside on the back of the droplet and refracted again when leaving it.

So there you have it, I was right. Rainbows are formed due to something happening with the sun and the rain…

Perhaps the real interesting fact is that when I saw the rainbow today I realised something. Life is beautiful. It doesn’t matter how many steps forwards and back you have to take, appreciating the small things makes it a journey.

Well I suppose this post makes a good step in the right direction, and due to it’s length and that I have managed to look back on 14 New Year’s Resolutions I am going to reward myself with 14 steps forward… 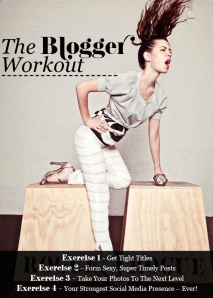 The oldest meaning of “awesome” is “something which inspires awe”, but the word is also a common slang expression in English, originally from America. As the original meaning of awesome has become somewhat antiquated in general use, the term awe-inspiring is now generally used for the same meaning.2014 has already shown me that it is possible to be more awesome.

I have already taken many steps in the right direction, and whilst there are many steps back on the horizon I have a feeling I will be able to overcome these.

Perhaps I should start to think more like this:

I think living life like a cha-cha is going to suit me down to the ground. 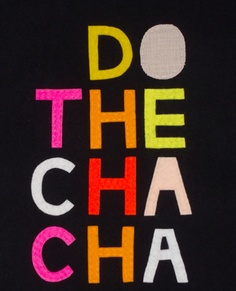 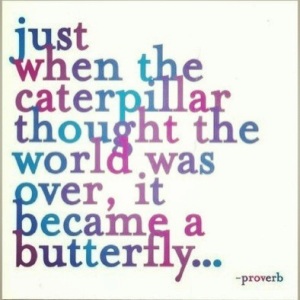 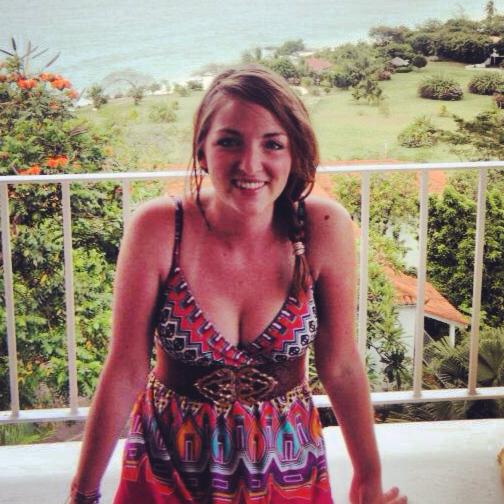 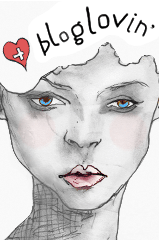